The area of Pothwar (1.82 million hectares) in northern Punjab is the source of water for the Indus. There is a high volume of runoff due to the undulating plateau, and it is estimated at approximately 6 million acre feet annually. Precipitation in the rain runoff one billion tones of soil annually when water flows to its base during the monsoon season. The soil is low due to severe loss of soil and water. Due to water runoff there is devastation in the lower slopes which causes floods. Uncertain rainfall and excessive flow of water are the cause of problems of rainforest and sloping surface agricultural lands. One of the major causes of soil erosion is heavy rainfall. This level of emptiness and the reduction of organic matter in the soil include. Another major problem is the lack of moisture in the rainforest areas. Lack of rainfall for a long time has a bad effect on the production of crops. Due to lack of methods of conserving sufficient water despite the rains, good yields are not possible. Due to uneven and unpredictable rains, most of the rainfall is lost due to flow Production can be increased if properly protected.

The Soil and water Conservation Research Station was established in Sohawa in 2004 to solve the soil and water problems of the rainy areas. To discover new ways to conserve soil and water and introduce them. Production of profitable and sustainable crops can be achieved by using water efficiently. The area of this Station is 0.3 acres. 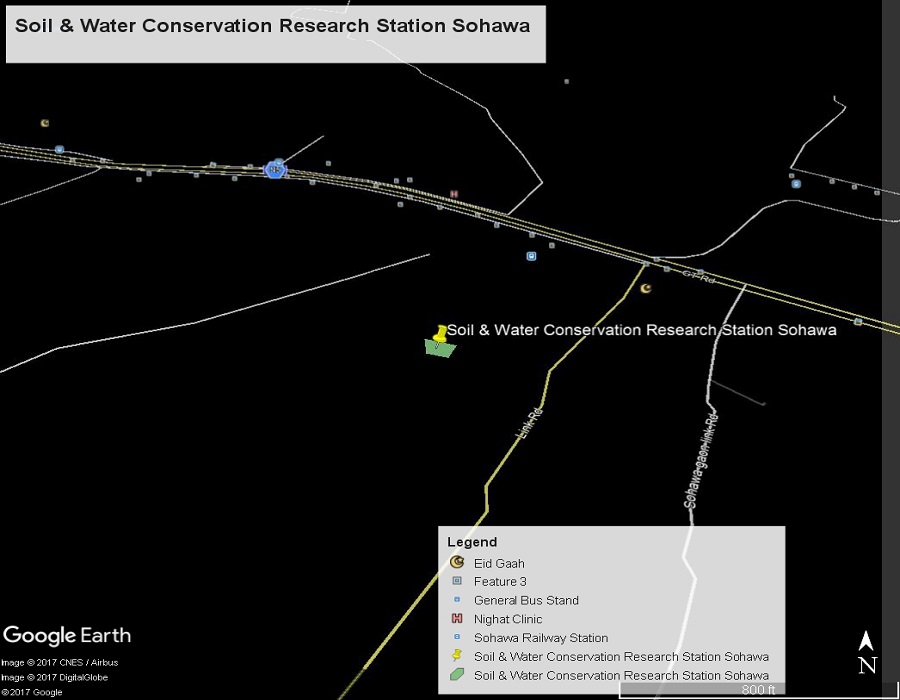