Sugar as one of basic necessities of daily life, breeding is among most helpful tools to develop more better sugarcane varieties useful in enhancing the sugar yield and other economic parameters. Accurate development and precise functioning of reproductive parts of plants are vital for any successful breeding program. In sugarcane, production of viable true seeds is major limitation in most of the parts of the world including Pakistan. Acknowledging the importance of breeding and viewing viability issues in most parts of the country, Sugarcane Breeding Sub-Station (SBSS) was established in 1950s. This sub-station is situated in Murree and holds 6.5 Acres of leased agricultural land at two experimental sites – Charrapani and Pail. Rented office building is located at Tret.It is situated in northern mountainous region (Murree, Punjab) of Pakistan at latitude of 33.849o North and altitude of 400m. Though it does not lie at latitude suitable for sugarcane flowering, even then the site offers relatively suitable environmental conditions for fuzz production. Most of the genotypes flowers abundantly which reveals the worth of the experimental location.Though the SBSS is striving for improvement of sugarcane plants, but it has an immense potential of playing key role in sugar sector of the country with the objective of:
“Production of elite clones that are widely adapted to most parts of the country with significant higher yield and sucrose content”

To study the flowering behavior of sugarcane breeding lines, each year, ~200 lines are maintained as plant and ratoon crop at two experimental sites Pail and Charrapani.

Figure 1: Tagging of stalks for recording below mentioned flowering parameters. 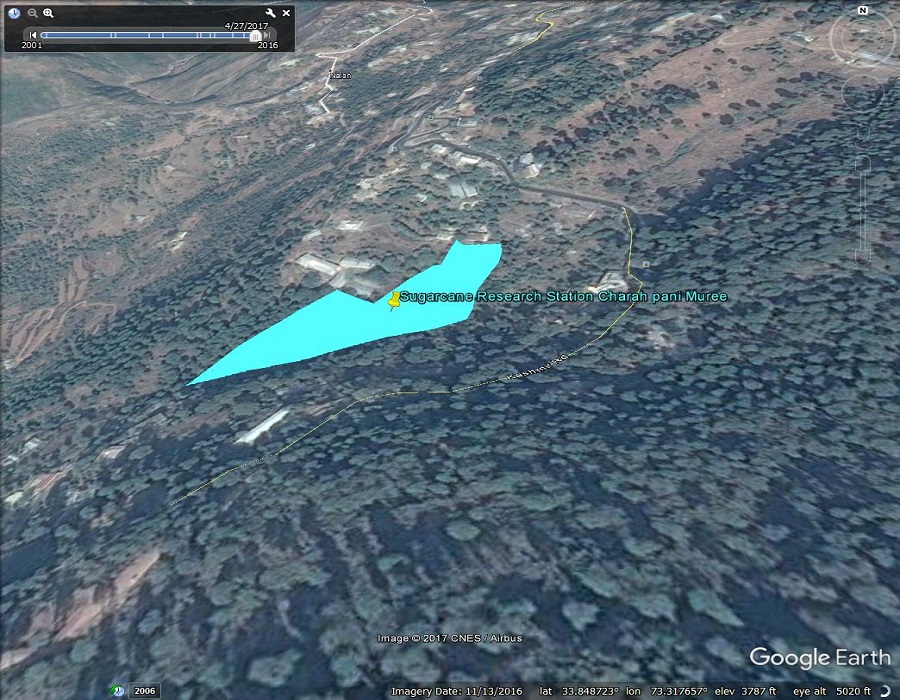