Use of pesticides in the country has been increased tremendously in the last decade. The consumption of pesticide in Punjab is more than 75% of the total consumption in the country, which has gone up to about 80 thousand metric tons annually. The carryover of pesticide in food crops, fruit and vegetables has emerged as life threatening issue due to injudicious use of pesticides. No pertinent data is available on the current situation of our natural resources and food contamination because no institution/organization at the provincial level is working on the researchable issue of pesticide residue effect. Pesticide residue study is a necessary part of information for achieving adequate risk assessment that is concerned primarily with human safety. For this reason studies of pesticide residue are centered round food crops and residue in food stuffs around the Punjab. Pesticide Residue assessment from all the commodities across the Punjab is necessary for the healthy food chain and the safe Environment. Pesticide residues have been detected in fruit, vegetables and cereals. The levels of these residues in foods are often stipulated by regulatory bodies in many countries. Government of Punjab also intends to address this very issue of food safety. Pesticide Residue Laboratory, Kala Shah Kaku, is the only laboratory in the provincial setup working on this very significant issue of food safety. 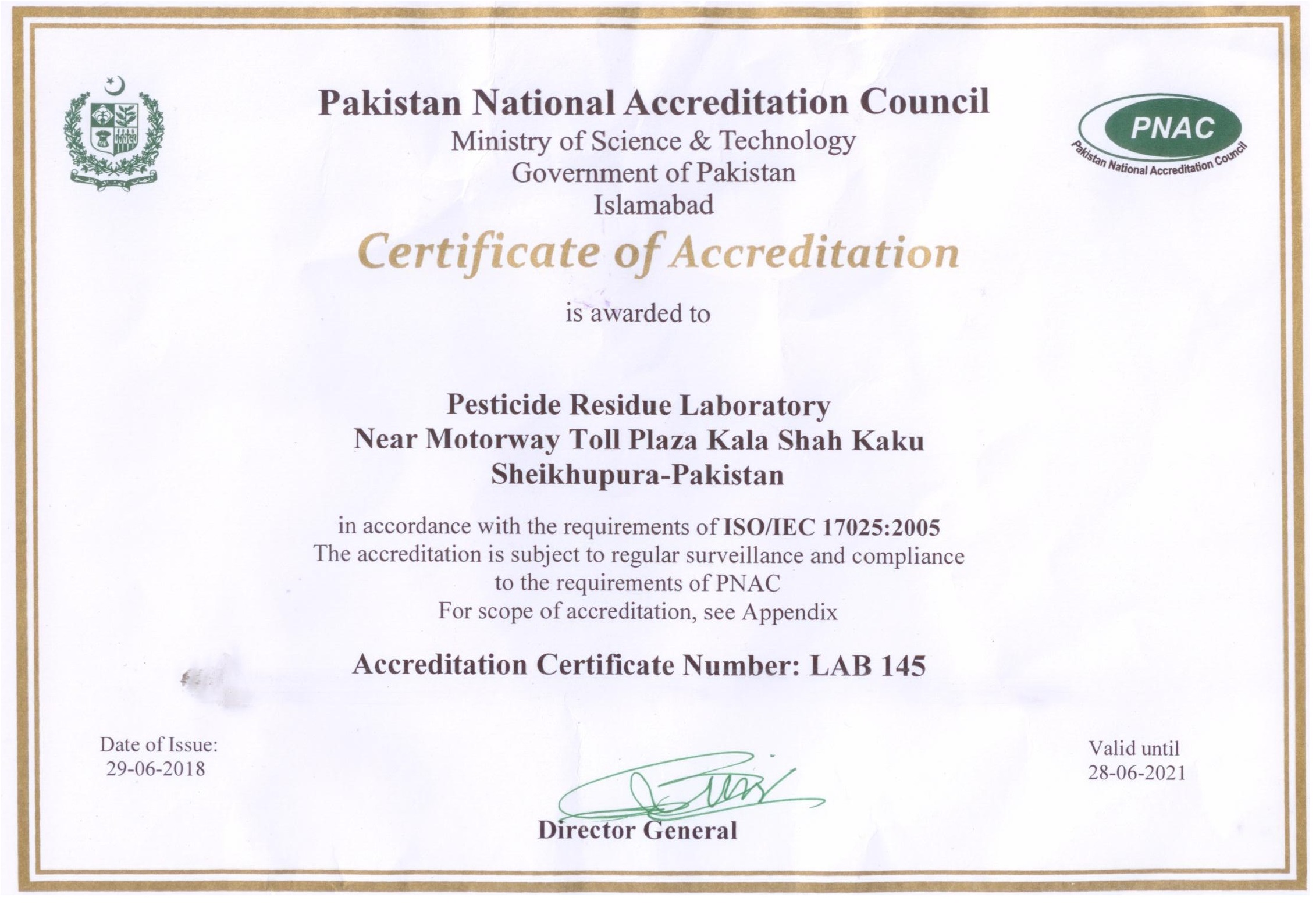