Cotton Research Station, Vehari was established during1988 with the objectives to develop new cotton varieties suitable for the area. The Station has developed many virus tolerant and high yield strains, out of which the Punjab Seed council has approved FVH-53 during 1998 and VH-259 (Bt) during 2013. As a result of breeding work, heat tolerant strains VH-142, VH-144 and VH-148 have shown 70-80% boll retention and covered 11% of total area of cotton during 2003 to 2006. Non Bt advanced line VH-289 developed by the station has shown excellent performance against CLCuV with good fibre traits; and was much liked by the farmers and was sown on large area during 2006-2010. Since the resurgence of Burewala strain of Cotton Leaf Curl Virus (CLCuV), more than 6000 lines have been screened up till now against this disease from different research institution/centers. Consequently MNH-770 was screened out as highly CLCuV tolerant strain which is being used as base population in hybridization work at various research centers to produce CLCuV tolerant varieties. Promising Bt. strains of American cotton VH-259, VH-282 and VH-291 have been developed at the station. Out of this VH-259 has been approved for general cultivation during 2013. Research work is also under progress to develop Armyworm and Glyphosate tolerant Bt. cotton varieties. This station has developed two more varieties VH-305 and VH-327 which are high yielding and CLCuV resistant. VH-327 can perform excellent with low inputs. Punjab Seed Council has approved both varieties: VH-305 and VH-327 in 2016.

Development of Varieties for: 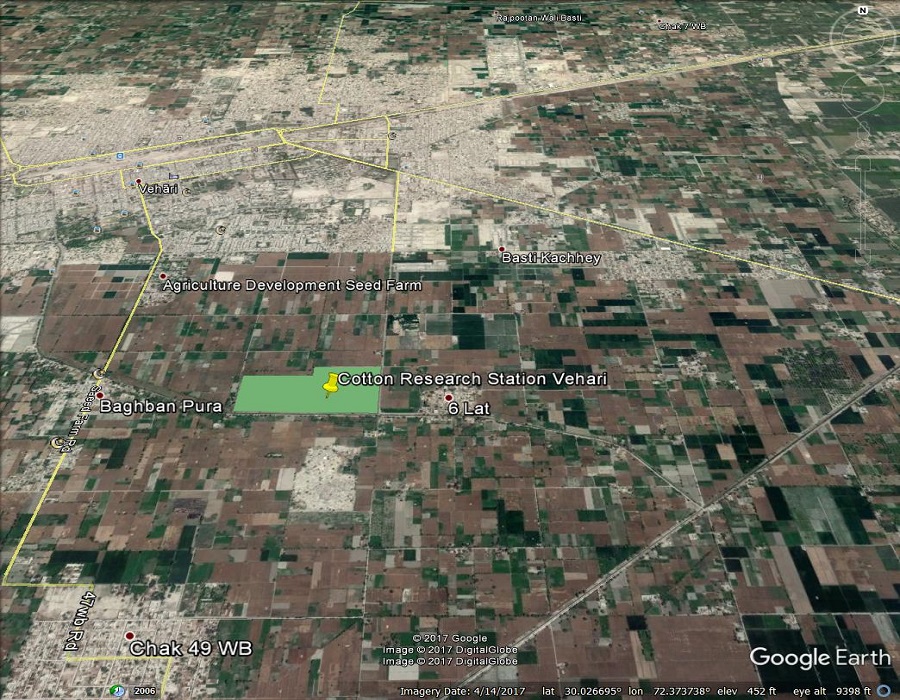